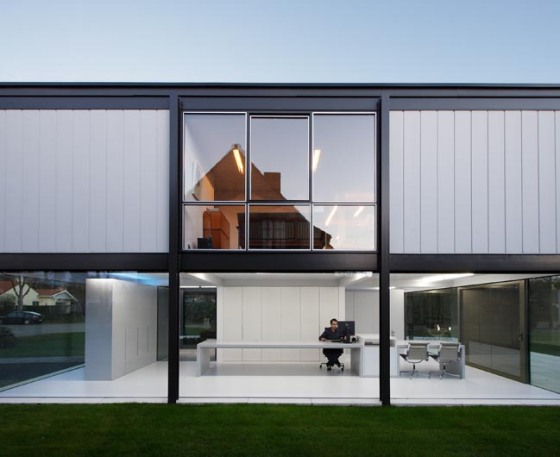 This house was designed in 1969 by architect Herman Andriessen. A year after completion he passed away. In 2005 interior architect Arjaan De Feyter and his wife bought the house which was in total decay and ready for demolition.

In notion to Bauhaus this steel house was originally designed as a prototype in 1969 that could be erected elsewhere on the still largely empty residential estate. The original plans show a villa with steel skeleton and a half-open ground floor that reminds us of the Villa Savoye, with its central core and industrial materials. The steel skeleton forms a perfect grid of nine squares two storey’s high. The domestic functions were clustered in the nine squares on upper floor, and on the ground floor filled two of them with an entrance hall, a staircase and a storeroom – the rest formed a sort of open carport. 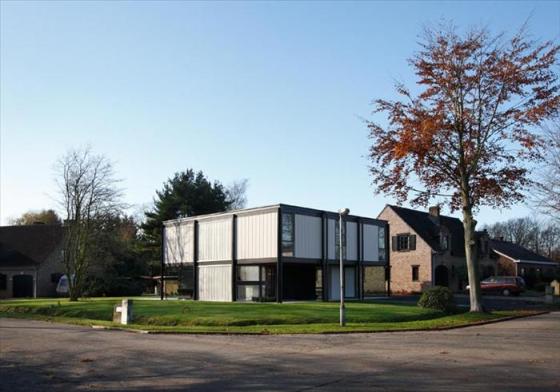 This intention of reproduction on a large scale did not come true, however the surrounding landscape, at that time still almost unspoiled, has in the meantime been covered in homes in the ‘fake-farmhouse-style’ and the steel house, built as a Case-Study house, stayed on its own and has been converted and extended unrecognizably. For example; the house gradually filled in the ground floor to gain space, also temporary measures were taken to remedy chronic technical problems. 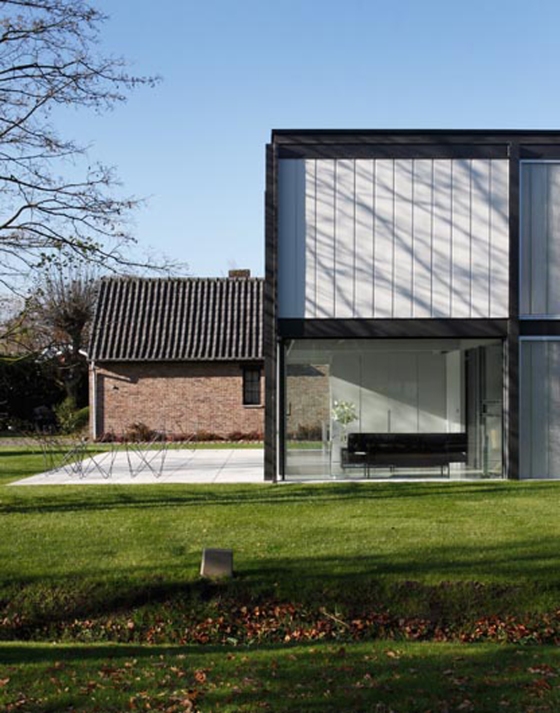 In 2005 interior architect Arjaan De Feyter and his wife bought the house which was in total decay and ready for demolition. They retained the original plan of the first floor, which is where they were to live.

They extended the ground floor so as to install a workspace, whose visual impact they mitigated by means of large glass walls with profiles that were barely visible. The house was first stripped down to the steel skeleton and the vaulting. The steel was seriously corroded in many places and had to be restored. The aluminum sandwich panels and the original wooden windows, now double-glazed, were then fitted back into the renovated skeleton. A lot of attention was paid to designing new and better joinery details. 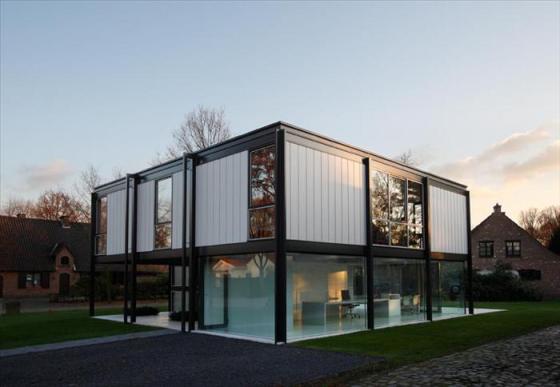 The biggest challenge in the renovation was the problem of cold bridges that is characteristic of steel skeletons that are also exposed to the outside. The solution was provided by a quick-drying two-component resin, which was sprayed onto all the beams and pillars in contact with the outside air. This four centimeter coating of resin does not have a spectacular U-value, but it does adhere exceptionally well to steel and is totally damp-proof, so that there is no risk at all of condensation moisture. On the inside of the house, the steel skeleton is now completely enveloped in an amorphous layer of polymer and then encased in painted MDF. The villa does now complies with current standards for domestic comfort, while the memory of the original house remains alive. 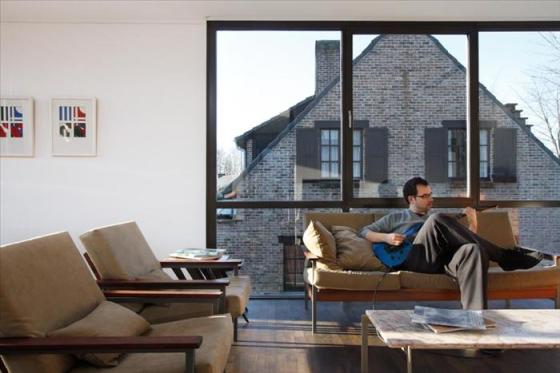 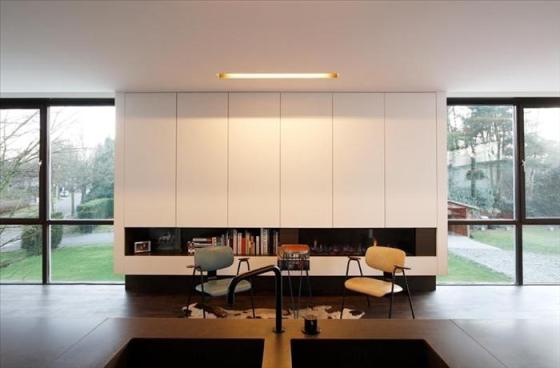 Special thanks to Arjaan de Feyter for sharing!
Photographs are made by Stijn Bollaert

Text and pictures are from Arjaan de Feyter