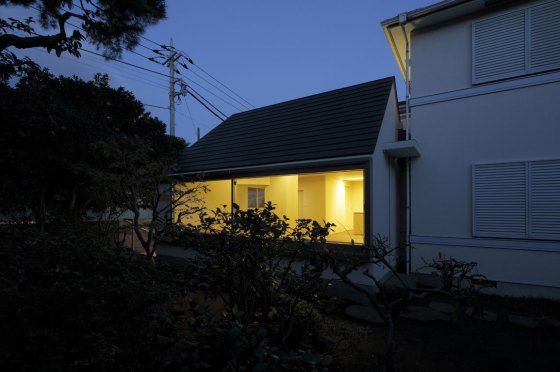 Ken’ichi Otani Architects completed this renovation and the extension of an eighteen-year-old house for two families in Setagaya, Tokyo. 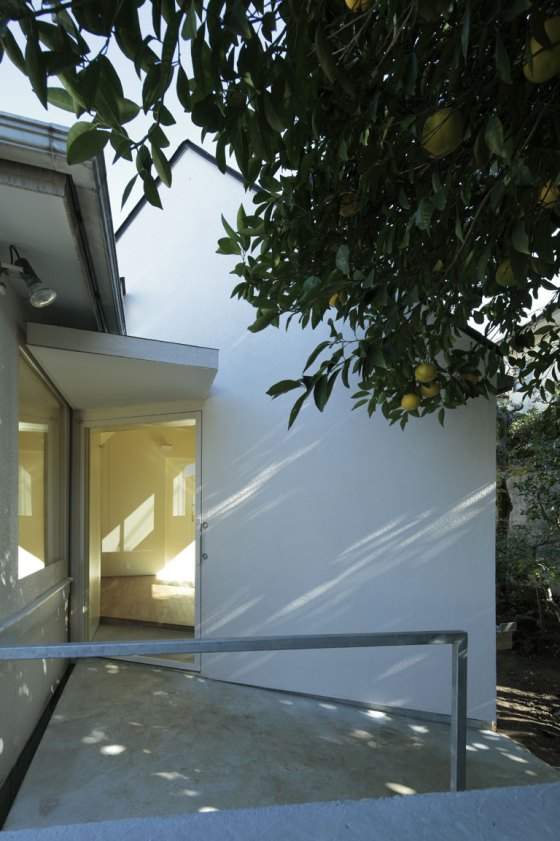 This is a renovation and expansion project of an eighteen-year-old house for two families. Only the part for the young family was renovated with an addition. The house is located in a reasonably good residential area of suburban Tokyo. The site has a good garden with abundant trees on the south side. A tall orange tree provides a nice shade over the west side road.

A part of the existing concrete retaining wall along the street on the west edge was removed to build a new approach staircase to the renovated house toward the orange tree. The new addition was built on the south side of the young family unit facing medium high bush. An exterior wall on the west side of the addition leads to an entrance porch under the orange tree, but limits the view of the private garden from the approach staircase.

Each of interior walls and ceilings, painted in light yellow color and directed in different angles, responds to the variation of outside light with time of a day in a different manner, and also can reflect the subtle change of color of the garden plants with season.

The finishing of the exterior walls and the gate was selected similar to the old part so that the addition does not affirm nor deny the old existence, but simply inherit what are there. The contrast between the new addition and the existing environment is kept minimal; unless one looks at them carefully, one does not recognize the new addition, as if the chameleon is hard to find in an adjusted environment. 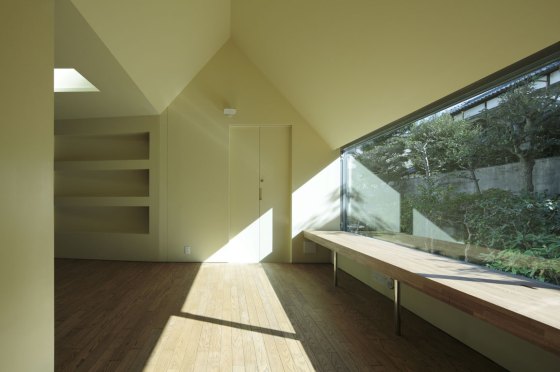 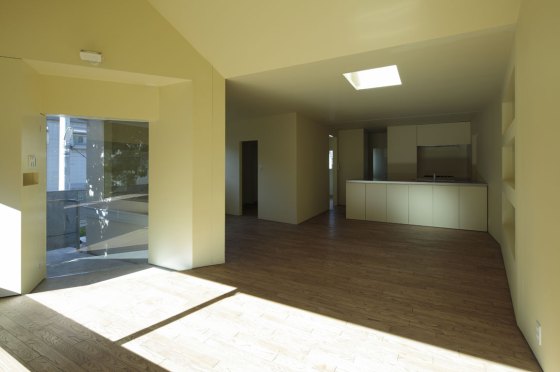 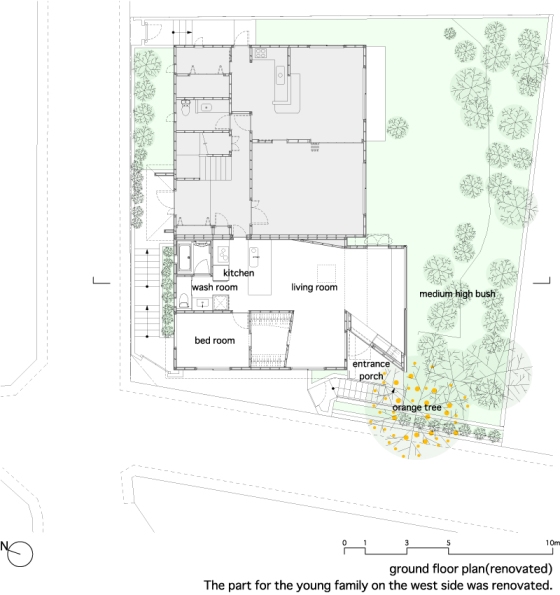