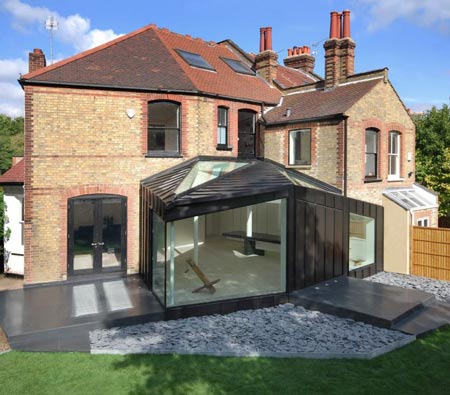 London architects Studioctopi have designed this extension to a Victorian end-of-terrace house in north London that features an angular roof and large triangular skylights. The extension is clad entirely with black zinc. 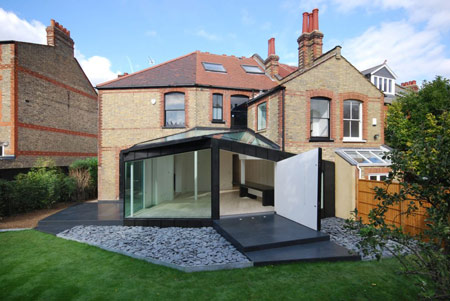 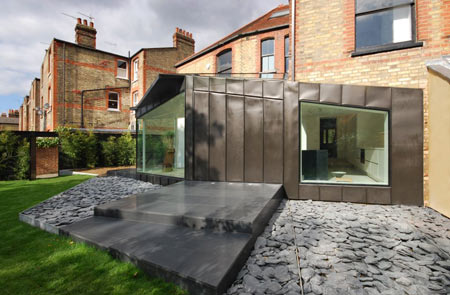 Text by the architects:

This addition to the original house doubles the size of the kitchen/dining room, which now connects directly to the garden through a section of wall that swings outwards.

The extension to this Victorian end of terrace house is located between Crouch End and Muswell Hill. The original builder was also the house’s first resident, and made the most of his triangular plot by allowing the side of the building to fan out to meet the line of the adjacent public footpath.

On the ground floor this resulted in an additional fillet of space splitting the living and dining rooms. It was the divisional nature of this space (used as a utility room) that the client asked studio octopi to resolve. By relocating the utility room, the plan was reordered and paved the way for an extension that linked the living spaces.

The design was developed through a series of folded paper sketch models exploring the nature of the triangular plot, the geometry and aspect. The lines of the roof ridges were drawn out from two points on the rear wall of the house, whilst the elevations extend the lines of the living room and the external rear wall of the kitchen. The structure is clad entirely in black zinc, with standing seams tracing a path across the roof, emphasising its complex topography and echoing the folds created in the paper concept models. 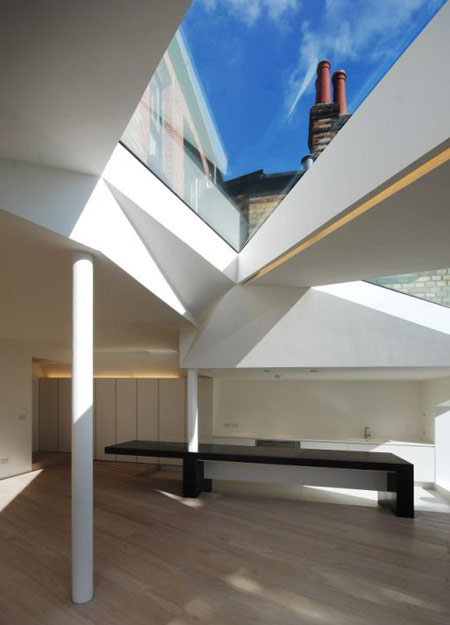 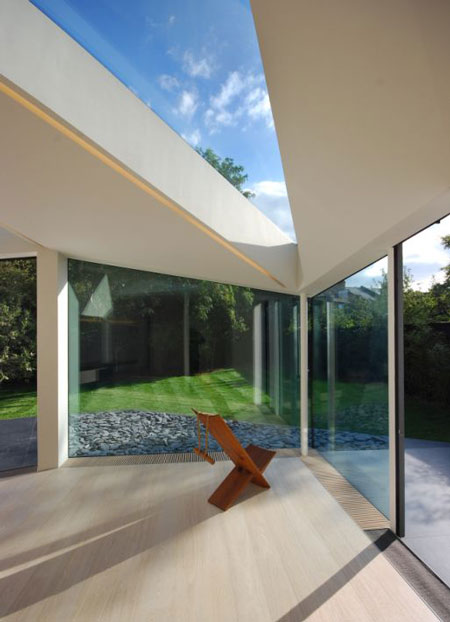 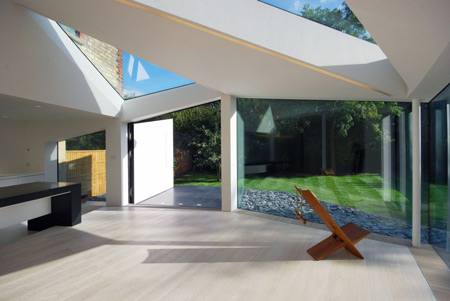 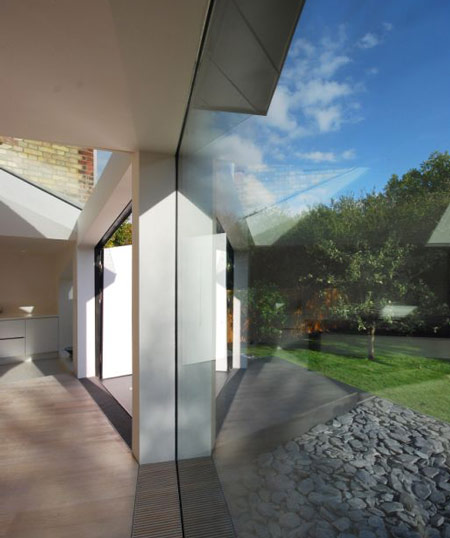 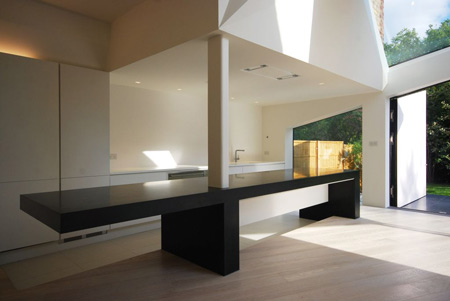 Photographs are made by Lyndon Douglas.
Via Dezeen