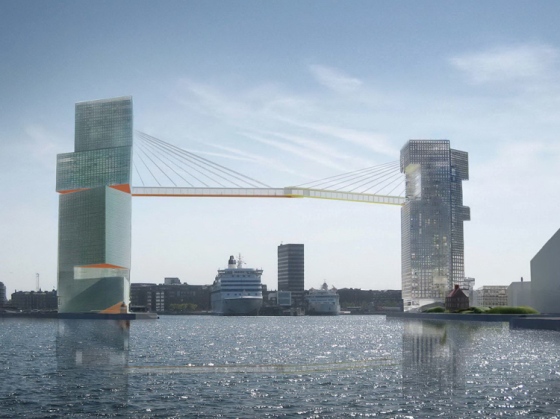 Steven Holl Architects have won a competition to design a new harbour entrance (LM project) in Copenhagen, Denmark. The winning proposel of Steven Holl Architects is a program that connects two office towers and civic spaces with a public walkway, 65 metres above the harbor. The new design is intended to form an iconic landmark for Copenhagen’s waterfronts. 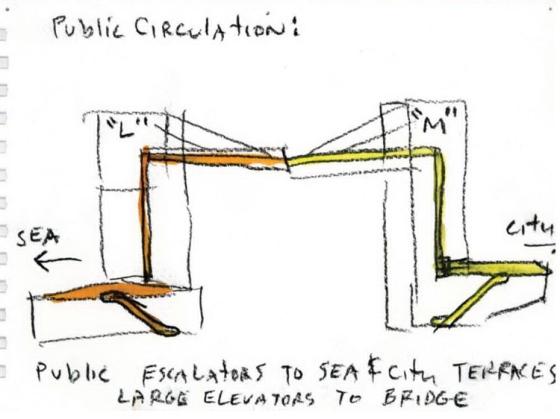 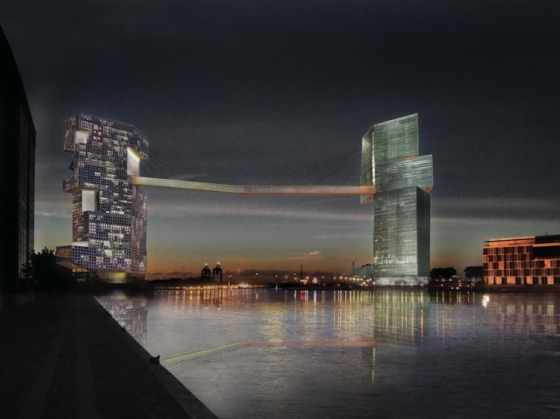 Copenhagen, Denmark: Friday 31st October, 2008 It was announced today at a press conference in Copenhagen, Denmark that Steven Holl Architects has won the international design competition “The LM Project”. With a program that connects office towers and civic spaces with a public walkway 65 meters above the harbor, the new design is intended to form an iconic landmark for Copenhagen’s waterfront. The competition was organized by CPH City and Port Development and ATP Ejendomme; the CEO’s for both companies were among the jury members selecting the winner. The Chairman of the Jury is administrative director of the development company City / Harbor and Copenhagen’s former lord mayor Jens Kramer Mikkelsen.

Mr. Mikkelsen said “The project combines the esthetical, the functional and the business minded. This winning proposal is architecture in high, high class.”

The current lord mayor of Copenhagen, Ritt Bjerregaard, praised the design, saying “With the winning project, we get a great high-rise building, which will bind the city better together and function as a landmark in the harbor.”

Steven Holl Architects’ design for the dramatic new harbor entrance to the great city of Copenhagen is based on a concept of two towers carrying two bridges at two orientations all connecting back to the unique aspects of the site’s history. The Langenlinie site, a berth for ocean ships for decades, is expressed in the Langenlinie tower with geometry taken from the site’s shape. A prow-like public deck thrusts out to the sea horizon. This deck is the level of public entry to the bridge elevators and has public amenities such as cafes and galleries. It can be reached by a wide public stair as well as escalators. The Marmormolen tower connects back to the City with a main terrace that thrusts out towards the city horizon shaped by a public auditorium below. It can also be reached by escalators and is adjacent to the public bridge elevator lobby.

Each tower carries its own cable-stay bridge that is a public passageway between the two piers. Due to the site geometry, these bridges meet at an angle, joining like a handshake over the harbor. The soffits below the bridges and under the cantilevers pick up the bright colors of the harbor; container orange on the undersides of the Langenlinie, bright yellow on the undersides of the Marmormolen. At night the uplights washing the colored aluminum reflect like paintings in the water. 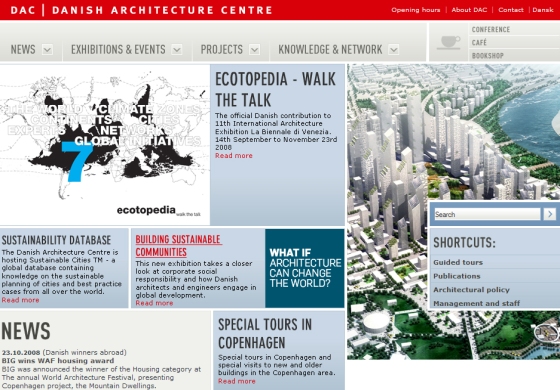