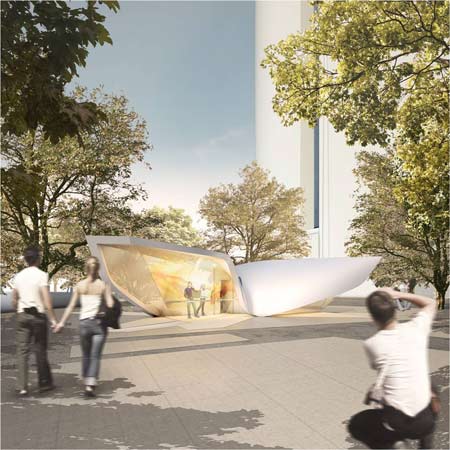 The Dutch firm of UN Studio, headed by Ben Van Berkel, has been selected to design the New Amsterdam Plein & Pavilion.

At a press conference with Dutch officials held to announce plans for the joint Dutch-  American 2009 celebration of the 400th anniversary of Henry Hudson’s arrival in New York Harbor,  New York City Mayor Michael R. Bloomberg confirmed that Peter Minuit Plaza at The Battery will become the site of a major new public destination: New Amsterdam Plein & Pavilion will be a dramatic space where more than 5 million people a year, including 70,000 daily commuters and 2 million annual tourists, can find an extraordinary “outdoor living room” for spontaneous and scheduled activities, public markets, seating and shade, and an iconic state-of-the-art pavilion for food and information, designed by UNStudio, Amsterdam. 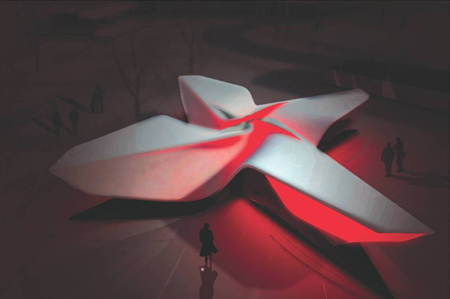 The Plein & Pavilion will be unique among the city’s many public spaces – a landscaped intermodal transportation hub of the21st century, where bicycles, buses, the subway and water transportation intersect with cultural offerings in a singular expression.

“the ideal site for a permanent commemoration of 400 years of Dutch history in New York, because it is steeped in a sense of a shared past and looks directly toward the harbor where Henry Hudson sailed, but is also entirely focused on the future by virtue of its role as a modern transportation hub within the constantly changing scene of Lower Manhattan. This is a site where history meets the future.”
Ben van Berkel 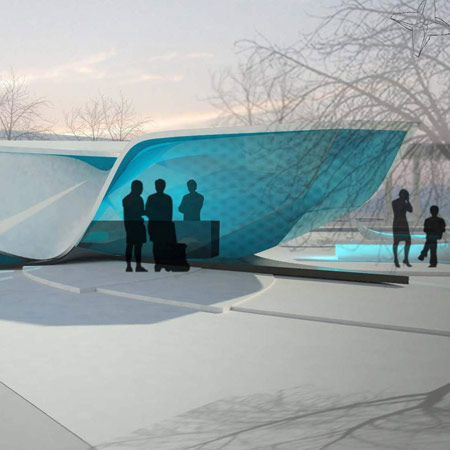