The following project, is the Ewha Womans University campus in Seoul, Korea. The Campus is designed by Dominique Perrault after an international competition launched in 2004. 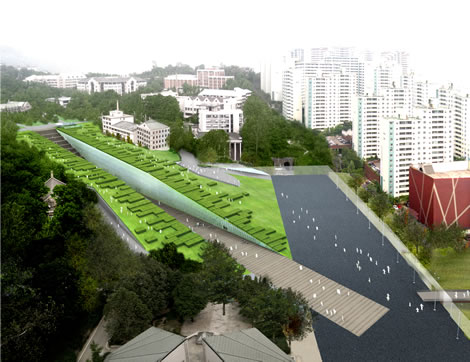 Text from From Dominique Perrault Architects:

Above and below the land previously occupied by Ewha Square and the athletic field the new «Campus Valley» provides both Ewhaians and prospective female leaders with much-needed space for continuing education and student services. 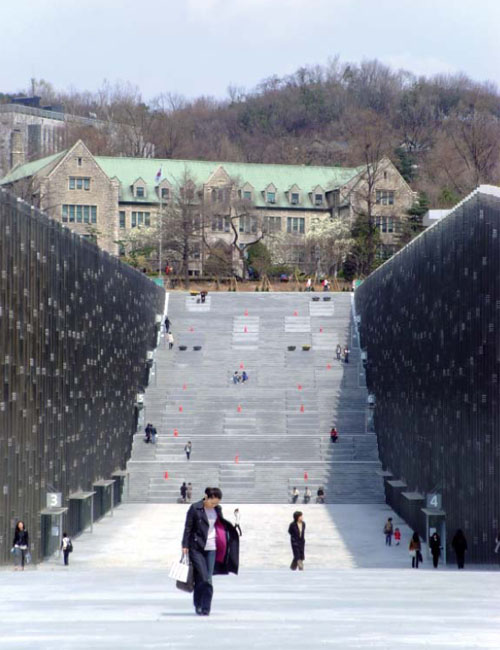 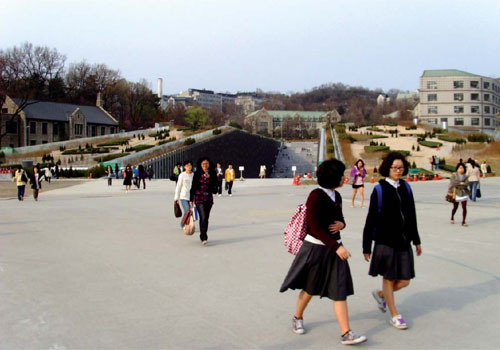 The campus centre to be constructed is designed to offer a new sense of direction for higher education in the 21st century. It will establish organic relations between the centre and surrounding areas of campus as well as between above ground and underground spaces; and will serve to redefine access to the campus from the main road Jung Mun.

The design violates one of those “golden” rules from architecture school: Don’t make people move down just to make them move back up (and vice-versa), but this project actually just inverts a more typical above-ground building, where people are brought above grade, they do what they need to do — such as sit in class — and then they descend to the sidewalk. When seen in isolation the valley doesn’t make much sense, but when seen in context of the reaminder of the building it makes perfect sense. Ironically, the building creates a stronger sense of place than a more prominent above-grade building probably could.