The project takes place in a former 1200 square meter anti-atomic shelter. An amazing location 30 meters down under the granite rocks of the Vita Berg Park in Stockholm. The client is an internet provider and the rock shelter hosts server halls and offices. The starting point of the project was to consider the rock as a living organism. 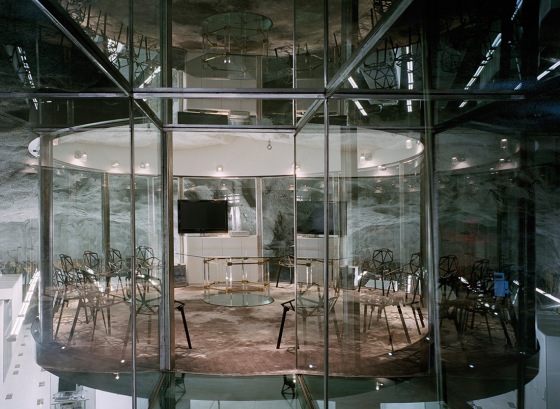 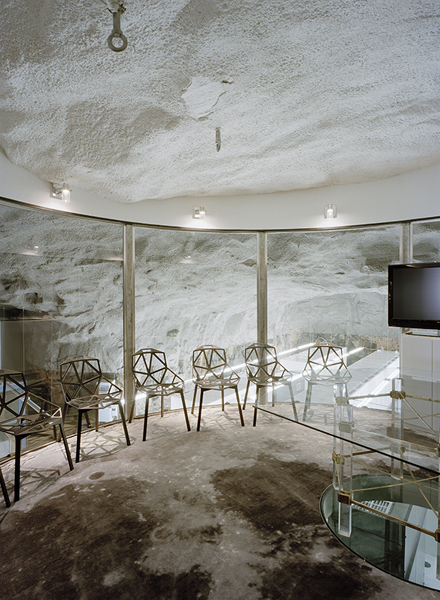 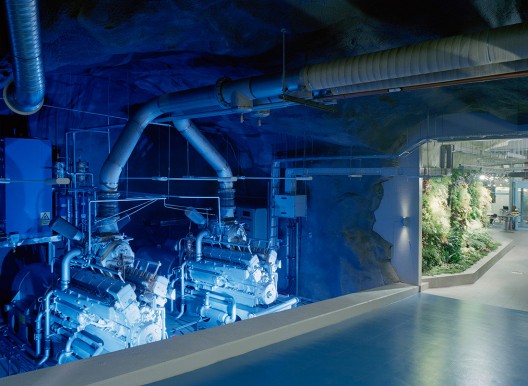 The choice of lightning has been very challenging. We tried to bring as much variation as possible. Otherwise it is very easy to loose the feeling of time in an enclosed space. 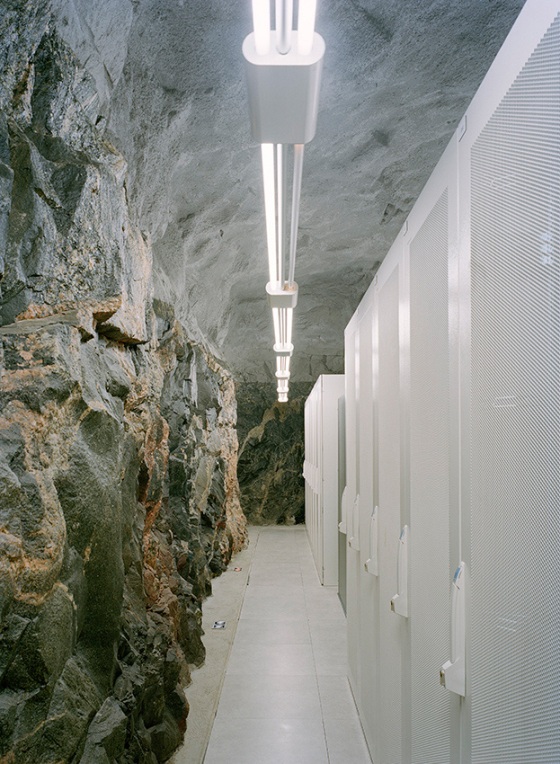 One can describe the process in five different phases:

-planning
-destruction of the former office and blowing up the rock to create extra space.
-reinforce the cave. concrete work.
-technical installations. electrical.
-glass and steel work. paint and furnishing.

The client had a strong vision from the first brief and the result is only possible because of their persistence, the absence of compromise and great communication/ understanding between all parts under the process.
It has been very exciting to work with a space which at first didn’t offer one square angle: the rock. The main room is not a traditional space limited by surfaces but defined by the emptiness inside a mass.